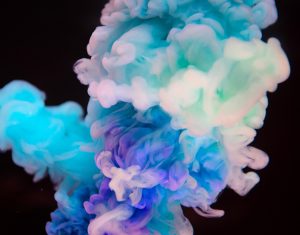 Whether your diesel engine driven vehicle is old or not, there are times you will see smoke in the exhaust fumes. The smoke as you may have noticed is usually white and appears early in the morning. But as the temperature of your vehicle steadily rises, it should clear out. If your diesel engine is the emitting smoke of a different color at other times of the day, is a strong indication that something is wrong. Read on to find out what it means.

Sometimes it may appear to be a deep shade of gray. This color of smoke is emitted due to the incomplete combustion of fuel in the engine . The reasons fuel is burned incompletely could one or all of the following reasons:

As earlier mentioned, white smoke is usual if your engine is cold and just running for the first time on a colds morning. Once it gets warmer, the smoke clears out. However, if white smoke is still a constant occurrence, it’s an indication that particles of fuel are leaking the combustion chamber without burning. This is usually associated with low temperatures in the engine.

Sometimes just changing the fuel injector, piston rings, valve and turbocharger seals will clear out the fumes. Other times the state of your engine is to blame. If that is the case, run a compression test on all the cylinders to confirm if the engine builds at least 350 psi. If it’s a straight pass on all the cylinders, examine the turbo intake pipe for the presence of engine oil.

Knowing what the color in your exhaust fume is saying about your diesel engine health will help you quickly diagnose and solve the problem.

About the Author: Devin

Got A Diesel Repair Questions?